How easy was the food plan? ✦✦✦✧✧ (I cheated. But hear me out. It’s not like I ate a cheeseburger or a box of Krispy Kremes or anything.)

How easy were the workouts? ✦✦✦✦✧ (Fine. Getting a bit bored with the same cardio now. But otherwise all good.)

Notable comments? Drinking water helps massively with headaches. Oh, and you have to make a plan like this work for you.

So today I cheated on the plan, more than I have all week. No major transgressions, but instead of a healthy low-fat yoghurt for a snack, I ate a small tub of what is basically a heart coronary in a pot (but a VERY delicious one) – Biscoff spread.

Allow me to introduce you if you are not already familiar. Biscoff is a brand of those “coffee biscuits”, often known in France as “speculoos”. As well as very moreish biscuits, these genuises have also made a spread version, which is creamy, sugary, unctuous, and fabulous for cheesecake bases, I’m told.

Personally, I reckon a teaspoon of it is enough for anyone, even if you have a raging sweet tooth. Because I work for a restaurant, hotel and foodservice magazine, we were sent some as a “taster” of the product. In industrial-sized quantities. AND OH MY GOD.

I had some a couple of weeks’ ago, when we were first sent it, and wow. It came very close to knocking Nutella off its pedestal as my go-to better-than-sex food (no, srsly). The Daily Mail even called it “crack in a jar”. So when we got sent some little individual tubs of it I couldn’t help but have a taste. I know, BAD DIETER.

But you know what? After nearly a week of not having super-sweet things, I was underwhelmed. I mean, it still tasted good, but there was a chemical hint I hadn’t noticed before, and it wasn’t as amazing as I’d hoped. 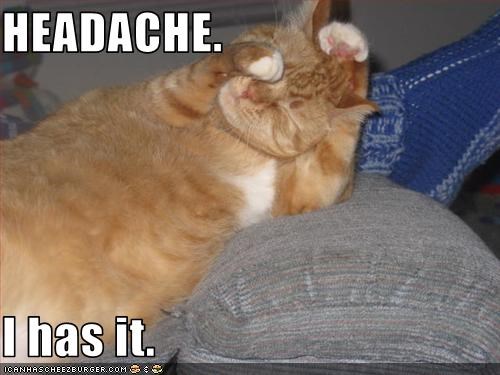 AND THEN – nearly-instant headache. Sugar rush headache. Didn’t really believe that these existed – omg they do. How depressing. And I was like, oh, maybe I’m turning into one of those really sanctimonious arseholes who is all: “Oh, I don’t eat sugar, it makes me feel ill”, and wasn’t sure whether to feel smug or totally ashamed.

Well, not to worry, I cheated later in the evening too, with, wait for it: TWO small squares of dark Green & Black’s. I also had 2 sips of whisky, to toast the Scottish referendum vote. AND I WAS TOTALLY FINE. So that clears up that little conundrum, friends!

BUT MY POINT (I do have one) is that I included these little cheats into my calorie allowance for the day, and wasn’t really much off the average 1,200 total (we’re talking 50 extra calories here).

Now, I know that taking in extra calories of sugar, or fat, isn’t exactly great, but I’m thinking that with two workouts a day, 50 calories is sort of neither here nor there. As long as I don’t then sneak in another 50, etc.

And I realised that even though technically I didn’t 100% stick to the plan, letting myself have those little bits, a) demonstrated that I don’t NEED a rush of sugar to feel OK and that actually, it might make me feel a lot worse (no shit Sherlock), and b) a restricted plan like this is FAR more sustainable if you let yourself wobble every now and again, and get right back on it afterwards. I sort of knew that already, but it’s nice to have it reaffirmed, and actually do it.

And workout-wise? All good. Still mildly horrific getting out of bed ½ an hour earlier than I’d like, but it’s already starting to become a bit of a habit (HUH?). And we all know what I think about those.