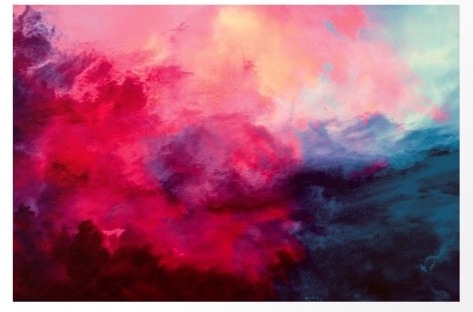 Why? JUST LOOK AT IT. Apart from being wonderfully coloured and beautifully painted, the composition, movement and colours mean it also manages to be vintage and playful and sun-kissed and sexy and secretive and romantic all at once. Whatever summer garden they’re frolicking in, I want some. *Contented sigh*

Where? See it on Society6 here

END_OF_DOCUMENT_TOKEN_TO_BE_REPLACED

A beautiful short story that made me think that in personal relationships, remembering to appreciate the present moment is key

I’ve been meaning to link to this for ages – a short story by Jeanette Winterson, in the 26th June issue of Stylist, the ‘freemium’ mag handed out on Tuesdays/Wednesday.

For all its obsession with fashion and shoes/bags/makeup/objects I wouldn’t buy even if I could afford them (depressing to know even good women’s magazines can’t seem to make ends meet without this), Stylist is also a reliable and regular source of that rare thing: a genuinely good feature.

None more so than this short story, which was part of the magazine’s “The literature special” (which asked writers to contribute a short story inspired by a perfume). It perfectly encapsulates and assuages some of my deepest fears about relationships – namely, that for every beautiful moment, there’s a niggling feeling that it could all end tomorrow. That’s not a reflection of my relationship – by definition, that’s just what’s always happened to me so far. Experience, if you like.

END_OF_DOCUMENT_TOKEN_TO_BE_REPLACED

Ok, this isn’t the most edifying thing in the world. And neither would I usually, when faced with that crucial choice between unbelievably cute cats and incredibly cute dogs (a weighty decision upon which, should two people reach a consensus, I solemnly imagine long and happy marriages are made), ever pick the feline option….but, please, I defy you to watch this and not think, on some level that, were you to receive a hug of such epically squeezable and fluffy proportions, even for the most fleeting of seconds, you would depart this world a happier, healthier, and all-round more wonderful being.

I warn you though, should this whet your appetite for ever more 3-minute recordings of sleeping baby kittens, and you are foolish enough to enter said search query into YouTube, cancel all appointments and deadlines you may have looming over the next 48 hours. As the people you were supposed to meet, or the colleagues counting on you, slowly make contact in various states of distress from ticked off to tearful, due to your total lack of engagement with the meeting or task hitherto in hand, don’t say I didn’t warn you.

ps. To redress the balance, ever so slightly, but rightly, in favour of dogs, and to show why they are simply just awesome, I’ve added the video below for good measure (a Corgi dog – my current favourite kind. They look like fluffy little barrels of joyfulness). One day, when I have discovered the secrets of renting my own flat, and unlocked the codes that will allow me to earn enough squids to pay for said flat without having to leave the house to work and generally interact with society for 12-hours stretches at a time, thereby meaning that I will be able to look after a dog properly without answering to prosecution charges from the RSPCA for ten counts of neglect, I will be able to have one of these impossibly gorgeous things for myself, and my world will be, however improbably, immensely improved.

It is, as unfashionable as it may be to admit it, my sincere belief that talking to dogs and cats is sometimes more emotionally useful than engaging with human beings. Serene, available, relaxed, loyal, good-natured, while still retaining a reassuring air of independence – yep, it strikes me that pet-like qualities may not necessarily a bad thing to aim for when deciding whether or not to befriend a person. Despite the pitching of one against the other bringing to mind overtones of tragic old cat ladies and the haunting image of loveless-singleton-Bridget-Jones-played-by-Renee-Zellweger-being-eaten-by-Alsatians-after-death, interaction with humans and pets need not, of course, be mutually exclusive. It’s heartwarming to feel that in the absence of either pet or person, time spent with one could more than make up for the lack of the other. For the time being, though (see my various flat and time constraint issues, above), dreams of said pet regularly interspersed with manageable YouTube snippets of their furry little antics will have to suffice when life is looking decidedly less-than-rosy. Or, you know, when work’s getting really, really dull.